What is Axie Infinity and How Do You Play It? 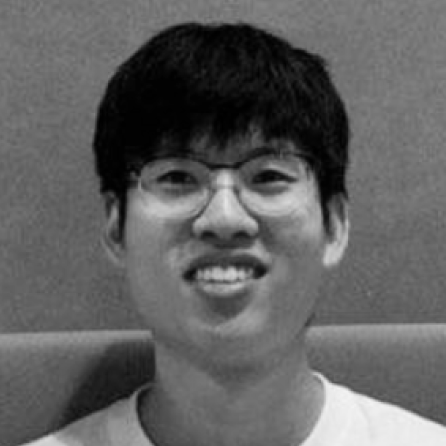 Play-and-earn is the concept where gamers are able to earn while playing games. The act of gaming has always generated economic value but that value is only captured by game developers. Players are only able to get the intangible benefits of playing games - entertainment, a sense of community, sense of achievement etc. By having in-game items as NFTs and/or cryptocurrencies, players are able to have control and ownership over their assets. They can freely trade or cash out of the game should they wish to do so, a stark contrast to current games where real-world trading is typically against the game’s terms of service.

What is Axie Infinity?

Axie Infinity is a play-and-earn, turn-based card game that incorporates non-fungible tokens (NFTs) and cryptocurrencies. It’s most commonly described as a Pokemon-esque game where instead of Pokemon, you interact with digital pets known as Axies. Axies and in-game items are NFTs and in-game currencies (SLP, AXS) are cryptocurrency tokens. Users have the freedom to trade their Axies and sell the cryptocurrency tokens that they’ve earned for their own local currency. This allows players to extract the monetary value that they’ve created by playing the game.

In traditional games, developers typically earn by selling in-game items or in-game benefits to the players. In Axie Infinity, the developers earn by taking a fee on in-game activity such as trading on the marketplace and breeding of Axies. This creates stronger incentives between the players and the developers to focus on building the best game possible to attract players into the ecosystem. In the past year, the game has generated over $1.3B in revenue and the marketplace has facilitated over $4B in transaction volume.

*One thing to note: The large drop in daily revenues post Dec 21 is mainly due to an update to the game where the team decided to reduce breeding fees.

The game currently has over 2.8M unique addresses holding over 11.1M Axies with 97% of those addresses holding at least 3 Axies, which is the minimum number of Axies required to partake in in-game activity. The number of addresses holding 4+ Axies has been on a steady increase, from a low of 8.18% of addresses on 20 Aug 2021, to 16% currently. This is likely due to players being able to buy more Axies to make different teams as the prices of Axies have dropped over the same period of time.

The game is built on top of the Ronin network, which is an Ethereum sidechain built by Sky mavis. All of the game’s assets are stored on the chain - Smooth Love Potion (SLP), Axie Infinity Shard (AXS) and in-game assets such as Axies and virtual land which are NFTs.

SLP can be viewed as gold in World of Warcraft. It’s the in-game currency that players can earn by playing the game. AXS on the other hand functions more similarly to stocks in a company. AXS grants it’s holders governance rights and holders are able to vote on proposals. Players are also able to earn AXS in game should they rank within the top 300,000 of all players in the arena mode (PVP).

The Ronin network is one of the most active chains out there today and it currently only powers Axie Infinity, further showcasing the success that the game has achieved.

Who is the Team Behind the Game?

Led by Trung Nguyen, Sky Mavis has built and grown the game into the success that it is today. Sky Mavis was co-founded in 2018 by Trung Nguyen (CEO),  Aleksander Leonard Larsen (COO), Jeffrey Zirlin (Growth Lead), Tu Doan (Art Director & Game Designer) and Viet Anh Ho (CTO) and is headquartered in Vietnam. The founding team has a long history in gaming (competitively and casually) and were some of the earliest people playing CryptoKitties, one of the first blockchain games ever created.

How Do You Start Playing Axie Infinity?

There are 4 main steps to getting started with Axie Infinity: Creating a wallet, buying your first set of Axies, creating an in-game account, downloading the game. Sky Mavis has a great onboarding website that takes you step by step and it’s recommended that new users check it out after reading through the overview below.

The first step to interacting with any crypto application is to set up a crypto wallet and Axie Infinity is no exception. Players have to set up a Ronin wallet in order to interact with the Axie Infinity marketplace. A crypto wallet is a digital wallet that holds your cryptocurrencies, similar to current digital wallets such as Cash App and Venmo that hold your money.

Buying Your First Set of Axies

Axies are traded on the marketplace in Wrapped Ethereum (WETH). Players will have to deposit ETH into their Ronin wallets using the official bridge or purchase it directly from the wallet using fiat currency via Ramp (only works in certain countries/states). If you have ETH on an exchange such as Coinbase, you can sent it over to your MetaMask wallet and bridge it over to the Ronin network using their official bridge.

The official bridge is one of the most active bridges in crypto, ranking 3rd with 111K total depositors and 4th with $15.3B total volume transferred.

Another way to get assets on the chain would be via a Binance account. Binance has Ronin network integration and users are able to purchase AXS/SLP on Binance, send it directly to their Ronin wallet and swap it for WETH on the Katana DEX (Ronin’s official DEX).

Players can create an official in-game account under the user profile on the marketplace after signing in with their Ronin wallet. Players are able to access the marketplace even without having an account but would need one if they want to play the game.

The game is available on both desktop and android mobile phones via an APK file, the iOS version is currently full. Players can download the relevant files from the official site and log-in using the in-game account.

What Can You Do in Axie Infinity?

There are 3 main things that you can do in the game in its current version: Adventure, Arena and breeding. Do note that players are required to have a team of 3 Axies in order to partake in adventure and arena game modes. The player selects the desired team before entering the game modes.

Adventure is the player versus environment (PvE) mode in Axie Infinity. The game mode allows players to familiarize themselves with their Axie’s and get used to the skill sets. Players are able to gain experience points and level up their Axies in this mode. However, the level of their Axies does not carry over to the arena mode and is solely for adventure.

Arena is the player versus player (PvP) mode and the core focus of the game. Players get matched against each other according to their matchmaking rating (MMR). Winning increases your MMR and losing decreases it. Arena rewards the winner with SLP tokens and those that finish within the top 300,000 of all players at the end of each season will receive mAXS tokens (1000 mAXS = 1 AXS).  For the current season, season 20, the top of the leaderboard will receive 203.147 AXS (~$12.1K).

Unlike traditional games where in-game items are created and sold to players by the game developers, Axies are created by the players themselves and traded amongst themselves. Axies are created by breeding 2 Axies along with the required amounts of AXS and SLP tokens. Each Axie can be bred a maximum of 7 times and cannot be bred together with an Axie that came from the same parents. The outcome of the offspring is dependent on the traits of the parents and players are able to calculate the probability of a specific outcome by using third party breeding calculators such as Axie Zone.

At the peak on 24 September 2021, there were ~99K Axies bred and 5.3k new Axie holders. That number has dropped since then and is currently hovering around 6.5K Axies a day with 100-200 new Axie holders a day. This is largely due to the player base and meta stabilizing, leading to lesser need for new types of Axies and lesser new supply required.

Can You Take Part Without Spending Money?

TLDR: Yes you can.

After reading this far, you might be interested in trying the game out but don’t want or cannot justify the cost of buying a team of 3 Axies to get started. You’re not alone in this area and the Axie community has come up with a way to allow players to enjoy the game without forking out upfront capital.

Scholarships are the temporary solution for such cases. They are community run programs that lend a team of Axies to a player in exchange for a percentage of the in-game currency earned by the player. Players interested in applying for scholarships can either check out the Axie Infinity discord channel or by applying directly to notable programs. Examples of reputable scholarship programs include: Yield Guild Games, Loot Squad.

In the future (Origin update), there will be starter teams given out to new players to allow them to try the game out before making any financial commitment.

The Future of Axie Infinity

The next major update that everyone has been waiting for is the V3 update also known as Axie Infinity: Origin. Origin will revamp a significant portion of the game, updated graphics and updated game mechanics are just some of the things packed into the update. The team is aiming to get Axie Infinity listed on both android and iOS app stores to allow more users to access the mobile version of the game.

Land gameplay that’s expected to come out later in the year will introduce new gameplay possibilities to Axie Infinity. It enables real world PvE battles to occur and group strategic battles, making the game a more social one. Players will eventually be able to build their own unique experiences on top of their land, creating new unique experiences for others.

In true Web3 fashion, Sky Mavis has started a builders program to fund community builders that are interested in building Axie related projects and mini-games. This gives the community an opportunity to be a part of building and growing Axie Infinity and gives rise to new game modes for other players to explore. Example of a mini-game in the making: Axie WarKart.

Axie Infinity is the leader in the blockchain gaming space and has a strong community that’s passionate about the game. Sky Mavis continues to grow and push out new experiences for their players. Upcoming updates will unlock new mechanics and allow for more immersive experiences to be built not just by the team but by the community. This change allows players to become contributors and pushes the game to the next level - think of how popular Instagram stories became relative to Snapchat when they allowed users to create filters. Expanding the scope of the game also allows the game to shift towards a play-and-earn model and away from its current play-to-earn emphasis. We’re only scratching the surface of what’s possible and the future of Axie Infinity is one that’s driven and owned by the community.

Everything You Need to Know About NFTs [2023]