This week we’re looking at what Smart Money is doing during a nasty downturn and discussing why it’s always best to huddle up during crypto winter.

A pullback across almost the entirety of the cryptosphere (not to mention traditional markets) that started on Thursday and accelerated into Friday has left many observers fretting about a possible return to the bear market. Indeed, did we ever really leave?

ETH is off double digits from its highs, with the energy and excitement around The Merge looking played out. One symptom of that is aWETH, or Aave Wrapped ETH, near all-time lows in Smart Money holdings, due primarily to Longling Capital winding down the majority of a $200 million position – Smart Money doesn’t want to be leveraged at the moment.

However, there have been a few dip buyers of note, including some big token buys in the heart of the downturn on Friday. One such purchase came from none other than lootproject.eth, a non-smart money wallet who purchased a million USDC worth of TRIBE.

TRIBE DAO is mulling unwinding operations and distributing its treasury to TRIBE tokenholders. A couple Twitter searches can rustle up a few best guess estimates as to what that payment might look like, but it’s worth remembering that there are a number of parties who want a slice of that pie, including hack victims associated with Rari before Rari and Fei merged.

Want to track which assets Smart Money is buying on the dip? Sign up for a Nansen plan with up to 40% discount today!

Essentially, buying TRIBE is a bet that the payout will be greater than the current token price. It’s a gamble, and so far not a bet Smart Money is willing to place:

There are only a handful of other bright spots. YFI saw a half million increase in Smart Money holding as Wintermute increased their stake, perhaps in preparation for the forthcoming Yearn Tokenomics overhaul. Machi bought $2 milly worth on APE, but in fairness that’s play money to him. On the whole, there’s not many buys worth reporting – Smart Money is ultimately bunkering for more downside.

Seems gloomy and doomy, right? Then, of course, there’s the damn penguins.

I mean, what is going on here? The penguins are threatening to overtake Bored Apes in daily volume, which has surged an astounding 800% for the collection. Price isn’t quite following suit – up ‘merely’ 35% – but as of writing the collection is on the verge of breaking 4 ETH per bird.

Smart Money seems interested in the action too, with two mid-tier buys well above price floor in the past two days:

I don’t have much to say about this one, aside from dolefully admitting that I might be the only person at Nansen who doesn’t own one of these stupid, fat, flightless birds. My disappointment is immeasurable, and my day is ruined.

Perhaps the safest place to ride out crypto winter is in the huddle?

That’s it for this week, explorers. As always, feel free to reach out with comments, questions, or criticism at andrew.thurman@nansen.ai. 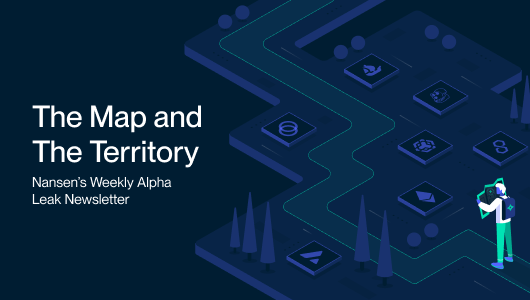 Arbitrum and Optimism: Who Will Win The L2 War? - Nansen's Weekly Alpha Leak 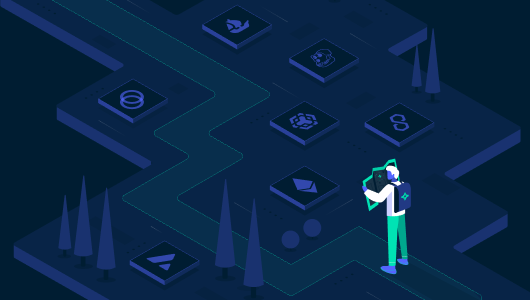