Polygon and Ethereum: Piecing the data together 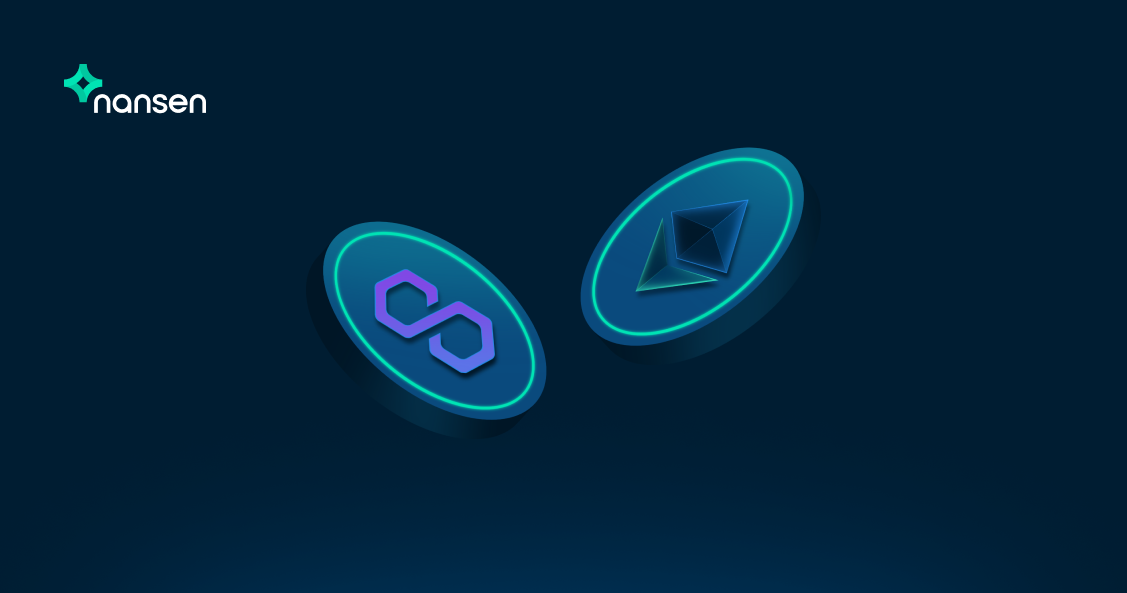 On-chain data patterns for Polygon differ from Ethereum in more ways than one. Here's what we found on our site.

There has been much debate about Ethereum, competing L1s and L2s, and what is the best countenance to manage the trinity of scalability, security, and decentralization. Entirely new ecosystems of decentralized applications (dAPPs) are being formed on non-ethereum chains and various L2 solutions, allowing users to enjoy the same DeFi experience with lower gas fees. BSC and Polygon are such examples.

Gas fees on Polygon are lower, for sure. The number of daily active transactions on Polygon far exceed Ethereum, yet total gas fees paid per day never rose above 10K USD. By contrast, Ethereum users spend as much as 7 million USD per day just to transact.

But besides that, curious differences between on-chain activity on Polygon and on Ethereum deserve further investigation. In this article, we undergo a short exploratory analysis of on-chain data in Polygon, and compare it to activity on Ethereum.

Contract deployment activity may be a good proxy for the development of projects on the blockchain. Certain anomalies stand out when you compare data between Ethereum and Polygon. I noticed, for one, that the ratio of ERC-20 tokens to the total number of contracts deployed on Polygon is much higher. Since April, 1 ERC-20 token contract has been deployed on Polygon for every 220 other contracts deployed. On Ethereum, 1 ERC-20 token contract is deployed every 1,430! In fact, tokens with repeated names appear very often on Polygon. This is due to two things: some deploying fake tokens to trick people into buying them, and some developers testing in production. The wonders of cheap gas.

If you’ve hung around the Ethereum tracker dashboard on Nansen long enough, you’ll know that as much as 60% of monthly Ethereum contracts deployed are ChiToken contracts. These tokens are deployed, and then burnt alongside transactions, as a way to save on gas fees There appears to be close to none of these contracts on Polygon -- there is no need for them at all.

Interested in on-chain data for Polygon? Check out our publicly available Polygon dashboards!

Addresses straddle both Ethereum and Polygon

We can also track the number of active addresses on both Ethereum and Polygon. As of 9th of June this number stands at around -- 34% of all Polygon addresses. I decided to parse transactions on both Ethereum and Polygon starting April 2021 to do a quick rundown on what these addresses were up to on both chains. This user group's most used project contracts on Polygon belonged to Quickswap and Polycat.finance. On Ethereum, Uniswap’s V2 router was most heavily used.

More interestingly, out of these overlapping addresses, almost 17,000 were onboarded to Aave on Polygon -- without having ever used Aave on Ethereum. This difference hovers around 3,000 for Curve.fi

On Ethereum, Tether dominates stablecoin circulation by a huge margin -- USDT is transacted almost twice as much daily as USDC and DAI combined! Yet on Polygon, USDC appears to be the preferred currency of choice -- consistently accounting for above 50% of stablecoin transfers. Several Polygon-native stablecoin protocols are being developed. IRON and miMATIC are two notable ones.

The first-mover advantage is likely in effect here. The earliest Quickswap pools had token pairs against USDC instead of USDT, and the earliest projects on Polygon had incentivized USDC pools much more heavily. There are, in fact, more tokens paired against USDC than Wrapped Ether on Quickswap.

Value of stablecoin transactions in USD

The average value of stablecoin transfers in USD is a good indicator of the general capital size of Polygon users. A useful chart for this would be the value distribution by transaction size over time, found on our stablecoin master dashboard for Ethereum.

I ran the same analysis using on-chain data from Polygon and found, much to my surprise, that transactions above 1 Million USD took as much as 65% of daily stablecoin transaction volume in the past few days. The chart looks eerily similar to the one on Ethereum. “Whales” certainly are making their way in Polygon.

The same pattern is seen for transactions between 1K-10K USD. This may corroborate with how higher gas fees on Ethereum discourage transactions of lower USD value. Here’s a visualization comparing the average percentage of total volume for each transaction category for both Ethereum and Polygon. Data is taken from 1st to 7th June 2021.