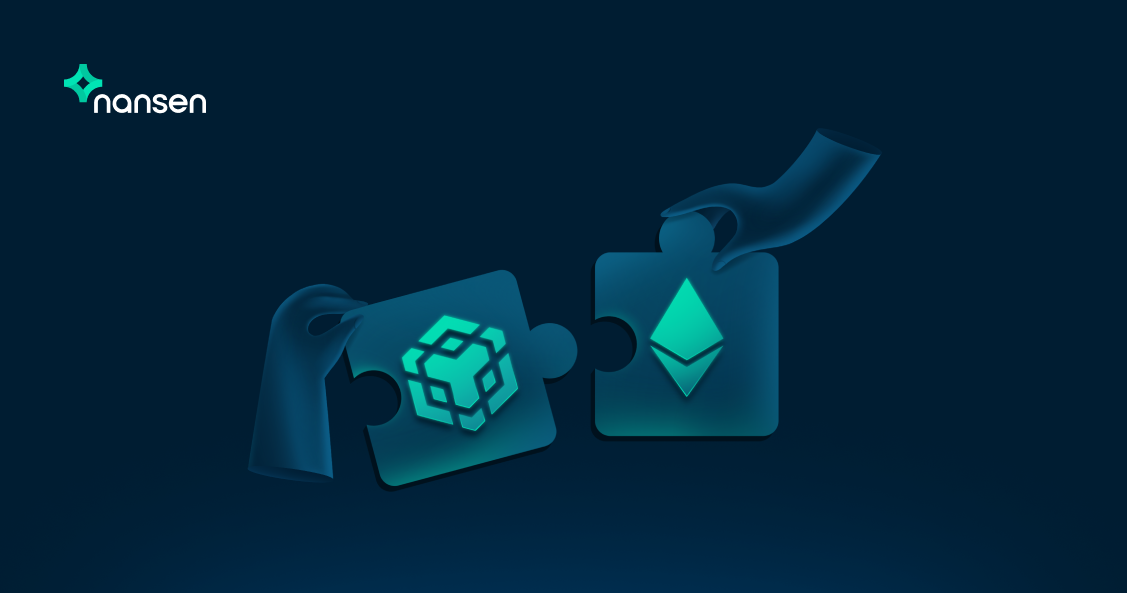 BSC’s timely launch was in time for the decentralized finance (DeFi) revolution where public interest in alternative financial solutions powered blockchain skyrocketed. Till date, there are hundreds of projects on the BSC, with notable mentions of PancakeSwap (CAKE), Venus (XVS), Auto (AUTO), Beefy Finance (BIFI) etc.

The Binance Smart Chain (BSC) was launched in September 2020 to enable the creation of smart contracts for tokens on the Binance-branded blockchain. BSC is an independent blockchain that works on a Proof of Staked Authority (PoSA) consensus mechanism (where participants stake BNB to become validators). It is also compatible with the Ethereum Virtual Machine (EVM), thus garnering support from the rich universe of Ethereum tools and DApps.

BSC is a parallel chain to the Binance Chain and was created as a scalable infrastructure to handle a large number of low-cost DeFi transactions without compromising speed. It also aims to deliver programmability and smart contracts to developers who want to launch their tokens on the BSC network.

BSC’s timely launch was in time for the decentralized finance (DeFi) revolution where public interest in alternative financial solutions powered blockchain skyrocketed. Till date, there are hundreds of projects on the BSC, with notable mentions of PancakeSwap (CAKE), Venus (XVS), Auto (AUTO), Beefy Finance (BIFI) etc.

During the DeFi summer of 2020, Ethereum gas/transaction fees hit an all time high. This became a huge problem as it discouraged participation from new users and restricted DeFi’s growth. This led some developers to another network, the BSC, which was built for mass adoption and scalability.

One competitive advantage of BSC over Ethereum is that the gas price, or rather the cost necessary to perform a transaction on the network, is significantly cheaper. On average, the gas price on BSC is only 10%-20% of that on Ethereum. This is what made BSC so attractive, especially to the retail market with a smaller wallet/fund size as well as developers who do not need to worry about high transaction fees affecting adoption.

As mentioned earlier, Gas fees on Ethereum are significantly higher than BSC, which is only 10-20% of Ethereum’s. This is despite Ethereum processing a lot less transactions on its network. As a result, daily gas fees paid on Ethereum are much higher, even hitting more than US$110mm on 12 May 2021.

If you are familiar with Nansen, you should be familiar with our Smart Money labels by now. Smart Money is a label by Nansen which includes Smart LP, Flash Boys, Whales, Funds and others. See our definitions of wallet labels here.

Smart money interaction is one of the possible positive indicators of a certain project/protocol. Interestingly, as much as how BSC is negatively looked upon by some, data shows that quite a sizable amount of smart money addresses have dabbled in both BSC and ETH.

Want to track the most popular contracts on Binance Smart Chain? Sign up for a Nansen account today!

On the Ethereum network, Tether ($USDT), the top stablecoin in terms of market capitalization, dominates stablecoin circulation by a huge margin, where it is transacted almost twice as much as $USDC and $DAI combined in terms of volume.

One would probably guess that Binance USD ($BUSD), the 1:1 USD-backed stable coin issued by Binance would completely wipe the floor in terms of daily transactional value and daily unique active users. This was only true during the early phases of BSC.

When the Binance Bridge was released which supported ERC-20 and TRC-20 cross chain transfers, $USDT was introduced to the system. People could seamlessly convert an ERC-20 $USDT token on ETH to a BEP-20 USDT token on the BSC, causing $USDT to gain traction.

This is possibly attributed to the native-coin advantage that $BUSD possesses. Most pools on the BSC network consist of token pairs with $BUSD and $BNB, with the majority of tokens paired against $BUSD rather than any other stablecoin. Moreover, swapping and liquidity provision with pairs such as $DAI requires importing via extensions such as the PancakeSwap Extended or manually keying in the token address. As for $USDT, its first mover advantage in the stablecoin market has allowed it to gain tremendous traction after the release of the Binance Bridge.

It is also interesting to see that the daily transaction volume of stablecoins peaked in mid-late April 2021 and drastically dropped in volume after. This period definitely rings a bell to many cryptomanics as Bitcoin hit an all time high before plunging down by more than 50%, showing the correlation between Bitcoin and stablecoin activity on BSC or DeFi as a whole.

* we assume all stables here are valued 1:1

The average value of stablecoin transactions is a good indicator of the general capital/wallet size of BSC users. Found on Nansen’s stablecoin master dashboard, the value distribution by transaction size over time paints an interesting picture.

In April, PancakeSwap’s ($CAKE) token value rallied over 120% and the total number of $CAKE transactions flipped Ethereum. To our surprise, the value of stablecoin transactions worth US$1mm and above were consistently 90%+ of total volume traded. This could possibly indicate that deep pockets or even “whales” were in action during that notable month for $CAKE and BSC.

More recently in August, the average value of stablecoin transactions above US$1mm have dropped to about 30-40% and seems to have stabilized as DeFi dominance continues.

DeFi’s meteoric growth in the last 12 months have created many opportunities for everyone and it would appear right now that it is here to stay, with many more years of success to come. It is a highly competitive space as we all witness the war playing out as various players fight for an ever growing market dominance.

As other players in the market turn their focus on scalability and efficiency, making transactions faster and gas fees lower, it is interesting to see how BSC will evolve and work on strengthening their position in the market.

Does this sort of data interest you? All the data used in this article is readily available on the various dashboards on Nansen. Sign up for a Nansen trial today!

Want to track the most popular contracts on Binance Smart Chain? Sign up for a Nansen account today!