What is Polygon (MATIC)? Everything You Need To Know 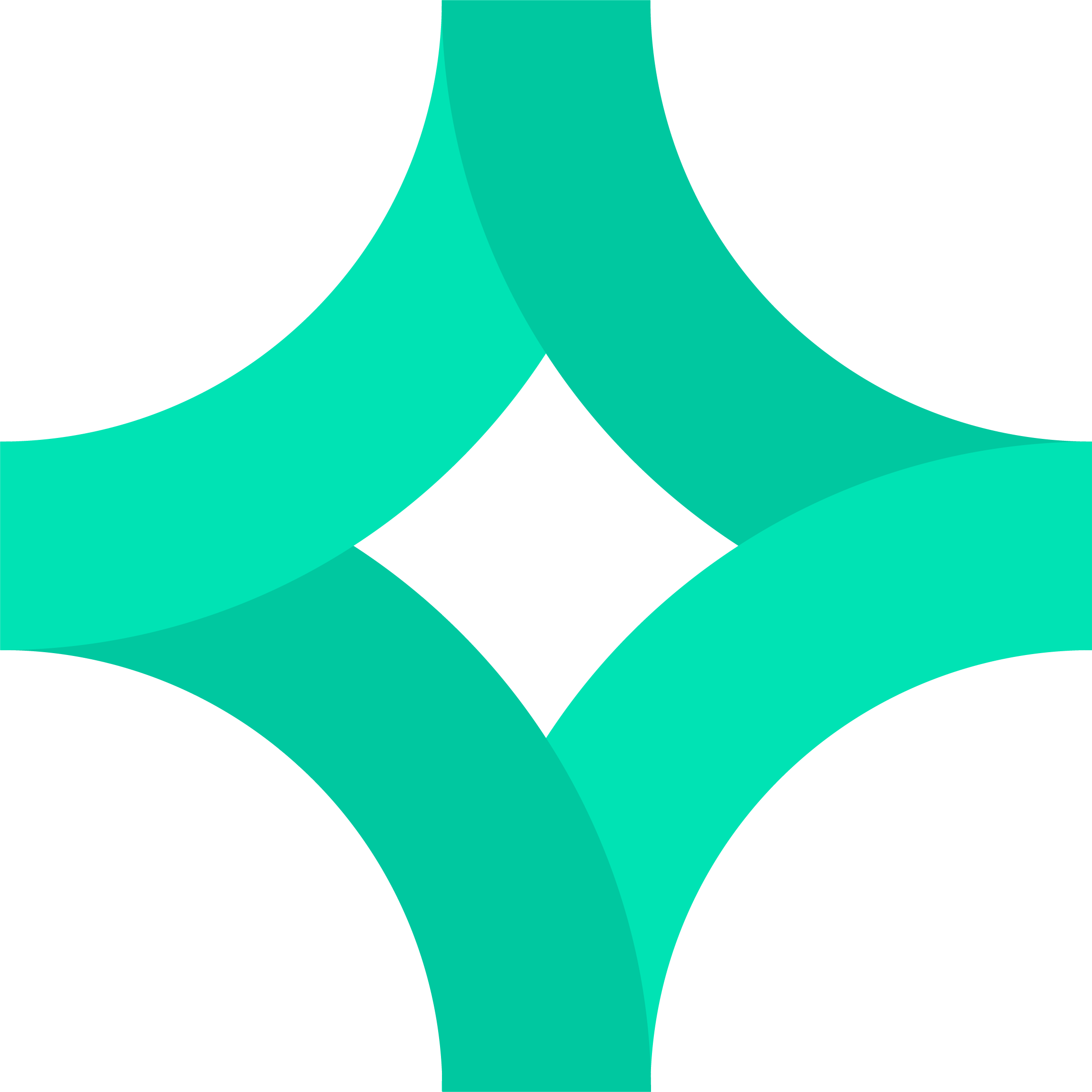 Nansen gives a high-level overview of Polygon for investors to start exploring.

Polygon is a multi-chain ecosystem that has introduced a number of scaling solutions designed to make DeFi and NFTs accessible to a broader audience. Polygon brands itself as Ethereum's Internet of Blockchains, and claims to deliver scalability without sacrificing security. It is considered to be a ‘layer two’ scaling solution built on top of Ethereum enabling higher throughput and lower transaction costs.

Understanding Ethereum's limitations is integral to understanding why Polygon was created and its value proposition. Ethereum introduced smart contracts and, as a result, created the potential for decentralized financial services accessible to anyone anywhere around the planet. Citizens globally can access permissionless loans, often earn more attractive interest rates than what TradFi offers, and participate in many other services. However, Ethereum remains limited by its low throughput and high transaction cost. Every project building on Ethereum is affected by these issues. Additionally, the network is often congested, with participants bidding to get their transactions added to the network, which has driven up gas fees – which, during the last bull cycle, were for a period in the hundreds of dollars. This makes casual transacting on Ethereum inaccessible to a large percentage of market participants.

At its core, Polygon is a series of blockchains that help scale Ethereum. Polygon can be separated into two central components; the PoS Polygon Sidechain that runs parallel to the Ethereum chain and Polygon's ZK Rollups secured on top of the Ethereum chain, in addition to a number of other chains under development.

To date, Polygon has seen enormous success and this dashboard provided by Nansen shows that on average the Polygon network processes about three times as many transactions as Ethereum, with the daily figure standing close to 3 million transactions.

Why Is Scalability Important?

Bitcoin was designed as a decentralized alternative to the current monetary system, and money has three central purposes: to act as a store of value, to act as a unit of account, and to act as a medium of exchange. Underpinning these uses is the hidden assumption that money functions efficiently, which is a natural assumption to hold given the ease of use observable with fiat in the modern world. While many digital assets that have launched since Bitcoin retain this core ideological belief, but for all their shortcomings centralized systems tend to be fast and efficient, and decentralized alternatives still struggle to match that speed.

As a result, scalability has become a core issue within the crypto space. Throughout this article, “scalability” will be roughly defined as the ability to utilize a given system efficiently regardless of total users and total transactions at any point in time. Ethereum represents the genesis of decentralized finance, the first Turing complete blockchain with the ability to execute smart contacts. However, the network remains slow and cumbersome, governed by an auction-based model for block space. Ethereum processes on average 13 transactions per second, given the sheer volume of people transacting on the network it often becomes congested, and this causes the cost of interaction (gas fees) to go up. The Ethereum network, therefore, lacks scalability and this is one of the greatest issues that must be surmounted before digital assets can see global adoption.

The core difference between sidechains and rollups revolves around security. Sidechains operate independently and are responsible for confirming and processing transactions; therefore require their own consensus mechanism, and subsequently, the sidechain is accountable for security. Sidechains run parallel with Ethereum and thus require a bridge between the two networks. In contrast, rollups operate on top of the Ethereum network and therefore are secured by the base Ethereum layer.

Sidechains allow for the deployment of smart contracts and an ecosystem that operates in parallel, whereas rollups focus on increasing throughput by moving computation off the Ethereum mainchain. Rollups batch transactions and then returns a data summary to the Ethereum chain.

Polygon delivers both scaling solutions, but is increasingly headed in the direction of rollups.

How Does Polygon Work?

Layer one blockchains such as Ethereum act as the base blockchain. They are the infrastructure upon which decentralized applications are built on top of. They include a consensus mechanism and a native token. Layer two solutions are built on top of layer one networks forming a secondary layer above the base layer. These layer two scaling solutions typically rely on the base layer for security and consensus. Layer two networks take batches of transactions off the main or parent chain, process them, and then return summary data to the main chain.

Polygon's PoS (Proof of Stake) sidechain is an EVM (Ethereum Virtual Machine) compatible blockchain. It uses the same coding or language as Ethereum so developers can easily port their DApps across, and hundreds of developers have done this. The PoS sidechain runs alongside the Ethereum parent chain, and participants bridge their assets between the chains and utilize the same DApps but with a far lower transaction cost. This sidechain can process 10,000 transactions per second, and average gas fees come in at fractions of a cent, making it far more accessible to average users. With more transactions happening on the PoS sidechain, it naturally reduces the congestion on the main Ethereum network.

Polygon's other scaling solutions are primarily ZK Rollups (Zero-Knowledge Rollups). These technologies essentially bundles or ‘rolls up’ batches of transactions into a single transaction, executes it, and then returns the transaction data to the parent chain.

How Popular is Polygon?

Advantages and Disadvantages of Polygon

Polygon's strengths are its speed and scalability. It can process thousands of transactions at an incredibly low cost for the user, making it ideal for beginners and those who want to explore the possibilities of DeFi. Polygon has a symbiotic relationship with Ethereum. Although Polygon depends on Ethereum far more than Ethereum depends on Polygon, generally, growth for Ethereum is a net benefit for Polygon.

Polygon's weaknesses are relatively few. It faces enhanced competition from projects such as Optimism and Arbitrum and has recently seen a decline in TVL as liquidity moves to other layer two scaling solutions. Polygon is also not fully autonomous, so in the implausible scenario that the Ethereum network ceased to exist, Polygon would also disappear.

How does the Merge impact Polygon?

The only impact of the Merge on Polygon was the environmental impact. The Merge increased Ethereum's energy efficiency, so Polygon is now more eco-friendly. Its relationship with Ethereum accounts for more than 95% of its emissions.

MATIC is the native token of the Polygon network and powers the ecosystem. It has a total supply of 10 billion, with 8.73 billion already in circulation. Users can stake MATIC to help contribute to the PoS sidechain's security and are rewarded with MATIC in return. Currently an inflationary token due to staking rewards, MATIC will eventually become deflationary due to the Ethereum Improvement Proposal (EIP) 1559 that went live on Polygon in January this year. This sees a portion of the base transaction burnt, and a total of 3.1 million MATIC tokens have been burnt to date. The Matic Network was founded by three Indian developers, Jaynti Kanani, Sandeep Nailwal, and Anurag Arjun, in 2017 and rebranded to Polygon in 2021, explaining the difference between the project and token names.

MATIC possesses the same use cases as other digital assets and can be used for digital payments. It can be staked to generate a source of passive income. It is also used to pay transaction fees within DeFi when interacting with DApps on Polygon.

A significant area of traction for MATIC has been in the NFT sphere. Due to its cheaper cost, many creators are minting NFTs on the Polygon network, and NFT traders are leveraging Polygon's low transactional cost to purchase and sell NFTs. Polygon has also recently partnered with Disney and Starbucks to push their respective NFT lines.

How does the Polygon Bridge work?

Blockchains remain isolated due to the different rules and consensus mechanisms adopted. This prevents communication of value and information between sovereign chains, and bridges exist to connect blockchains and allow the free flow of assets and data.

A large consideration for Polygon's future is the eventual implementation of sharding on the Ethereum network and the completion of ETH 2.0. The general line of argument is that Ethereum will reach a level of scalability and no longer require layer two solutions making projects like Polygon redundant.

Daily, more decentralized apps are being built, developed, and deployed. Ethereum cannot handle the demand, and with increasing adoption, this pain point will grow more acute. Layer two scaling solutions will remain integral, and this admission comes from Ethereum developers: "The Ethereum ecosystem is firmly aligned that layer 2 scaling is the only way to solve the scalability trilemma while remaining decentralized and secure."

Polygon's positioning towards ZK Rollups is primarily based on making Ethereum accessible to all. This role will remain crucial as the Ethereum network grows and becomes larger increasing its economic bandwidth.

Polygon vs. Ethereum. What's the difference?

What does Polygon Do?

Polygon helps increase the usage and availability of decentralized applications. It provides the Ethereum experience but at a faster speed and lower cost. It has continued to release scaling solutions to reduce congestion on the Ethereum network whilst providing essential tools for developers and fostering the growth of Web3.

Is Polygon a Layer Two?

Yes. Polygon is a layer two scaling solution that operates on top of the Ethereum network to enhance its scalability. It does this by reducing the transaction burden on Ethereum and computing transactions off-chain, then returning these summaries to the main network.

A similarity in name is all these protocols share. Poly Network is a cross-chain DeFi protocol focused on interoperability and allows market participants to make cross-chain swaps. Polygon is a layer two scaling solution built on top of Ethereum to improve the network's scalability.