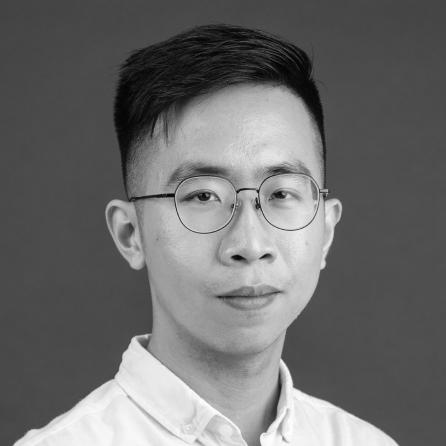 This report provides an overview of Celo's ecosystem and performance of the chain via on-chain metrics.

Celo is a fully EVM compatible layer-1 blockchain that was launched in 2017 as a global payment infrastructure for cryptocurrencies with a focus on mobile users. The Celo project aims to build a financial system that is inclusive for all, thanks to its ability to facilitate payments between any phone number in the world.

Apart from facilitating payments, numerous decentralized applications have been built on Celo, such as Moola, an algorithmic money market platform, and Ubeswap, a decentralized exchange and automated market maker..

Celo utilizes a proof of stake (PoS) consensus mechanism. Unlike Bitcoin’s proof of work (PoW) model, PoS selects validators according to the amount of the blockchain’s native token they have staked. Since validators are chosen on this basis, no substantial computing power is needed and there is no competition between miners that creates upwards pressure on transaction fees. Transactions also take less time to verify because individual nodes do not have to dedicate so much processing power.

Celo consists of two native tokens: Celo (Celo) and Celo Dollars (cUSD). Celo is the protocol’s main native token and allows token holders to participate in maintaining the network consensus, participate in governance activities as well as pay for on-chain transactions. Whereas cUSD is a stablecoin that pegs its value to the US dollar.

To meet Celo’s mission to build a financial system that creates prosperity for everyone, Celo Foundation Grant Program also offers financial grants for developers to build and launch projects on Celo.

Despite the DeFi explosion that we saw in 2021, just about 10% of DeFi users live outside of developed countries. Smartphones are also used by a sizable chunk of the global population as their only means of accessing the internet. Celo fills this void by making financial services more accessible to this underserved group.

Likewise, we see a similar pattern between Celo’s TVL and Celo’s on-chain activity as shown above. The significant downtrend in TVL seems to be fairly isolated to Celo as compared to other more popular L1 blockchains like Solana and Terra.

Top 4 DApps  by TVL on Celo

Despite the decrease in Celo’s TVL and on-chain activity, we have seen a major increase in the total number of addresses on Celo, which is a positive indicator that the network has gained increased attention since the start of 2022.

However, as shown in the Celo Nansen dashboard, the number of active addresses on Celo has also been consistently declining  for the past 30 days / 7 days / 1 day.

User and Transaction count by entity

Based on the number of users and transactions by entity, the top 2 most popular protocols on Celo are Ubeswap and Mento Finance. Ubeswap is a protocol for decentralized exchange and automated liquidity provision on Celo, while Mento Finance is also an AMM that plays an essential role in maintaining the peg of Celo’s native token $cUSD.

Since Feb 1, activity on both Ubeswap and Mento Finance has since ranged between a mere 500 to 1000 and 200 to 300 daily transactions respectively.

Looking at the smart money Ethereum addresses that are also active on Celo, we see that within Celo, the first mover stakers take the greatest proportion followed by Smart LPs and Investment Funds. This may be attributed to new pools being constantly created on Celo due to Celo’s relative recentness. Smart money segments proportion on Celo is lower than EVM chains due to the different infrastructure.

There are several bridges developed by the Celo community for bridging tokens to Celo. However the main bridge used on Celo is Optics.

Optics Bridge is a protocol for sending messages between EVM chains. It can be used to securely send tokens cross-chain using the burn/mint token model. It uses a new design for cheaper cross-chain communication without header verification, and the bridge is expected to cut 90% of gas costs compared to a traditional header relay.

cREAL is the third stablecoin on Celo used for mobile payments. It is a decentralized, over-collateralized algorithmic stablecoin that tracks the value of the Brazilian real. The new stablecoin is available on popular Brazil-based CEXes like FlowBTC, NovaDAX and Ripio and of course, Celo dApps like Ubeswap, Valora and Moola Market.

Brazil is now the first and only nation with a Celo stablecoin that can be used for trading, payment for groceries and access to DeFi apps and services without regional restrictions. cREAL enables users to trade digital assets and transfer them much faster, cheaper using their mobile devices. On average, transactions take about 5 seconds and cost less than 1 cent.

On March 8 2022, Celo underwent its second hard fork called Espresso. The Espresso fork aims to bridge the gap between Celo and the Ethereum protocol code base by making Celo fully compatible with the latest Ethereum upgrades (Berlin / London forks and several EIPs). The changes also allowed popular dApps such as Superfluid to work on Celo after the fork implementation.

ImmortalDAO helps users generate passive income through staking and aims to build a policy-controlled currency system. Holders of the IMMO token will be able to vote on proposals submitted by ImmortalDAO community members similar to how other governance mechanisms work.

Each IMMO token is backed by a basket of assets including Moolah Celo Dollars (mcUSD), Moolah Celo Euros (mcEUR) and Celo. This means that the price of IMMO is dependent on market forces, but will not fall below the value of the reserves made up by the basket of assets. ImmortalDAO aims to continuously add assets to this IMMO reserve basket such that IMMO eventually becomes a global unit-of-account and medium-of-exchange currency in the future.

Cello Wallet users can now shorten their wallet addresses to .crypto, .NFT and more. Similar to what users can do on Ethereum.

Unmarshal is a multi-chain Data Network that supports indexing and querying for over 7 different chains. With the Celo chain indexing, Unmarshal will support and encourage developer communities to build and deploy dApps on Celo while maintaining the chain’s robust infrastructure. Developers will have access to a wide range of query data including token transactions, details, etc.

“Connect the world” campaign is a $20m campaign created to incentivize the development of Celo on and off ramps. In tandem with the campaign, Celo Foundation also introduces FiatConnect, an open source API for payment providers that will make integrations more scalable. The Foundation will also subsidize on-ramp fees of up to $100K for all providers, making it more affordable for users to access Celo assets. With this campaign, the Celo ecosystem will be able to grow more quickly by making it easier for the underserved communities to get on board the Celo ecosystem.

Looking at Celo and its recent developments, it's clear that the aim of this L1 blockchain is different from its incumbents like Terra and Avalanche. Celo aims to not only increase financial inclusiveness using its ultralight mobile client to allow easy access to DeFi  through smartphones, but also to improve environmental sustainability through its Celo Climate Collective initiative.

Despite the network’s recent decline in popularity since the start of 2022, Celo’s large addressable market and its unique proposition still makes it an interesting L1 to watch out on.