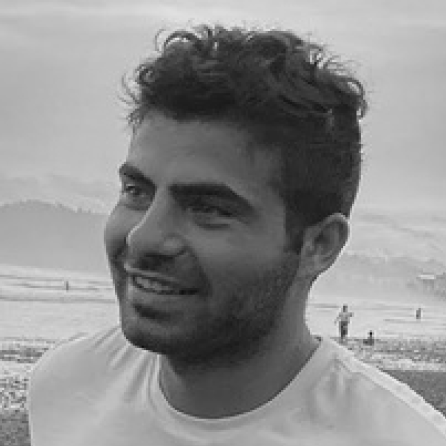 This report provides an overview of Avalanche's ecosystem and performance of the chain via on-chain metrics.

Avalanche is an EVM compatible layer 1 chain that is focused on scalability. We previously reported on Avalanche here and will post some updates in this report in regards to some interesting metrics and new updates in relation to their subnets.

So what exactly is a Subnet?

Subnet: stands for subnetwork and it represents a set of validators who achieve consensus on the state of the network. A subnet can be thought of as the bottom layer of the stack and many blockchains can compose on top of a single Subnet. There can be many chains for a single subnet.

Currently, Avalanche is comprised of a subnet that is called the ‘Primary Network’, which has multiple chains within it:

Many are already familiar with the C-Chain as that is where most of the activity is today as it is the EVM compatible chain. Some of the apps deployed there include Platypus, Trader Joe, Aave and Curve amongst many others. These apps take advantage of the shared security of the C-Chain, are composable with other applications and build atop of the very well defined infrastructure of the EVM.

Although the C-Chain has garnered tons of traction, what is next for the Avalanche roadmap? Given the subnet architecture of Avalanche, their design space can move beyond the Ethereum Virtual Machine (EVM). In fact, these subnets can support any Virtual Machine in any of their app-chains. Subnets, which allow for Application-specific chains, have many benefits and Avalanche has made this proof of concept a reality.

The Avalanche Foundation recently announced a $290m incentive program to accelerate the adoption of launching subnets. Defi Kingdoms is one of the first game-specific chains launching as a subnet. It will enjoy many benefits as its own subnet:

On top of the Subnet incentives, the Avalanche Foundation also recently announced a $100m creator fund to bring more projects onto Avalanche. They describe this as a cultural play and have partnered with Op3n and notable celebrities to bootstrap new development for NFT projects spanning music, art, gaming and entertainment. This will be an interesting dynamic to pay attention to and can further push forward the narrative of application-specific subnets.

The idea of app-chains is already popular among other layer 0 protocols such as Polkadot and Cosmos. In Polkadot, they have ‘parachains’ and in Cosmos they have ‘Zones’. In the same regard, Avalanche has subnets and they all have differing tradeoffs at each layer of the stack - consensus mechanism, shared security, interchain communication, validator participation and much more. We will not dive into the specifics here, but Avalanche is taking a different design approach and will be bootstrapping the subnet ecosystem via their Subnet incentive program.

As for development, subnets will use the Avalanche Virtual Machine to build out their own VM. For cross chain interoperability, chains within a specific Subnet will be compatible by default. However, interoperability between Subnets is currently handled by bridges with varying security guarantees depending on the validator sets. The more overlapping validators between two bridged subnets, the higher security guarantees given the economic interests of both subnet validators to not act malicious.

The topology of Avalanche subnets involve this overlapping network of validators validating multiple chains while also simultaneously validating the Primary network (X -chain, P-chain and C-chain). Because these validators must also validate the Primary Network, each subnet will be required to stake some AVAX which will be beneficial for the Avalanche token given enough subnets launch. This means that all Subnets will be a part of the Primary Network via staking AVAX.

Given there is no shared security for each subnet, Avalanche will be able to support an infinite number of subnets where each of them decide on their own level of security. If there was shared security, then the number of subnets would be limited as execution becomes expensive and the validators would be strained for capacity. Again, this is a tradeoff between the design approach for horizontal scaling.

Let's take a look at the unique number of addresses over 3 separate timeframes:

Over half a million unique addresses are using Avalanche. For reference, that is over 5 times the number of monthly addresses on Ethereum’s most popular L2 Arbitrum.

Using Nansen’s Multichain dashboard, we are able to see the ratio of the transactions on Avalanche against Ethereum. Since November 1st, 2021, Avalanche’s transaction ratio percentages went from 19% to ~75% at today's levels. Avalanche’s popularity continues to grow relative to Ethereum.

Looking at the smart money Ethereum addresses that are also active on Avalanche, we see that Avalanche has the highest proportion of First mover stakers followed by First Mover LPs and Smart NFT Minters. This data is interesting because it might indicate that there are many new pools on Avalanche as well as NFT opportunities for Ethereum users. To see the meaning and criteria behind each of our wallet labels, head here to see the fully updated list of labels.

Diving deeper into the specific entities involved in Avalanche, we see it broken down into two categories: ‘Avalanche Users by Entity’ and ‘Avalanche Transactions by Entity Stats’.

Looking at the first category on the left hand side, we can see a dropdown of the top Entities sorted by number of users. The top entity is Trader Joe, which is the premier DEX on Avalanche. that allows users to trade, farm, stake and even allows you to receive an LP pair with only 1 click using Zap. They have over 100k weekly users and over 820k users all time. Trader Joe seems to be the top DEX for most Avalanche users and it is home to over $1.4b in TVL across its liquidity pools.

Looking at the second category on the right hand side, we can see the dropdown for the top entities sorted by the number of transactions. The top entity is Crabada, a play to earn game, that has seen over 30 million transactions since its inception. Crabada is also a play to earn game that will be deploying as its own Subnet. This will unlock a lot of customizability for Crabada to upgrade their gaming experience for the players without being subject to the fees of the C-chain.

Looking at the Bridge builder dashboard to get a holistic view of cross-chain bridging, we see that Avalanche is the top bridge for total volumes. With over $26b in cumulative volume and over $416m in volume over the last 7 days, the Avalanche bridge is the most widely used bridge from Ethereum mainnet.

The dashboard above shows the top 5 bridges sorted by volume over the last 7 days. On March 22nd, 2022 we can see that the  Avalanche facilitated more volume than the other 4 bridges combined. Although this is one data point, the consistency of Avalanche can be seen above and can be drilled down further in Wallet Profiler.

Avalanche continues to grow exponentially in terms of users, app-development and incentives for developers to build within their ecosystem. They have become home to many blue-chips and native apps that users can enjoy for a fraction of the cost of Ethereum. With Subnets launching soon, we expect to see even more sustained growth within the Avalanche ecosystem!