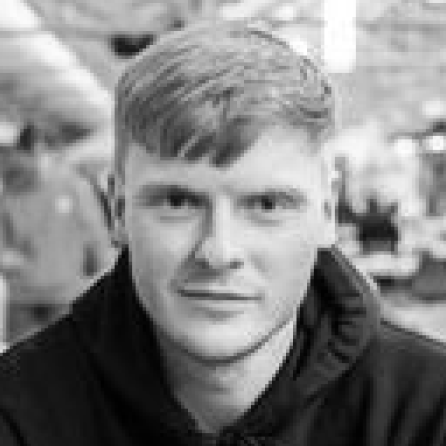 This report provides an overview of BNB Chain's ecosystem and performance of the chain via on-chain metrics.

BNB Chain (formerly known as Binance Smart Chain or ‘BSC’) was launched in September 2020 to provide an alternative smart contract platform to the increasingly expensive Ethereum mainnet. BNB Chain is an independent blockchain that works on a Proof of Staked Authority (PoSA) consensus mechanism (where participants stake BNB to become validators). It is also compatible with the Ethereum Virtual Machine (EVM), meaning it could leverage pre-existing Ethereum tooling which contributed to its enormous growth.

BNB Chain was created as a scalable infrastructure to handle a large number of low-cost DeFi transactions without compromising speed. It also aims to deliver programmability and smart contracts to developers who want to launch their tokens on the BNB Chain network.

To date, there are hundreds of projects on the BNB Chain, with notable mentions of PancakeSwap, CryptoBlades and CryptoMines. BNB Chain is the most used chain in terms of transactions and unique wallet addresses.

As can be seen in the Nansen Data, both transactions and gas have slowly declined in 2022 after peaking in Q4 2021. This makes sense, as general on-chain activity has decreased as the market has turned increasingly bearish/sideways at the start of 2022.

BNB Chain is the most active smart contract blockchain by number of transactions, even dwarfing Ethereum. Although transactions have fallen slightly over Q1 (which can be explained by general reduction in on-chain activity), it remains ~3-6x that of Ethereum, peaking at 8 million transactions in early Jan. Although some of this can be attributed to bot activity, BNB Chain remains a popular chain with retail who have been priced out of Ethereum.

The data shows that total gas paid on the BNB chain is significantly lower compared to Ethereum. It is much cheaper and faster to conduct transactions on the BNB chain, however the network is also a lot more centralized than Ethereum. The daily gas paid in USD for both chains has been falling consistently since the beginning of the year. Both chains recorded their lowest daily gas paid (for Q1) within a day difference. Ethereum’s lowest daily gas paid hit around $6.6m on the 12th of March, while BNB recorded its lowest on the 13th of March hitting a quarterly low of $1.3m. It is important to also remember that BNB has significantly higher daily transactions compared to Ethereum.

As mentioned previously, PancakeSwap continues to dominate the log occurrences, amounting to 22% of all transactions on the chain. Notable mentions in the ecosystem during Q1 include Bomb Crypto and Star Sharks which are both gaming related applications.

USDT has recorded the highest daily on-chain volume for this quarter and continues to dominate. It recorded its maximum daily on-chain volume on the 25th of Feb (just over $3.8b on the day), compared to a maximum of $2.6b for BUSD and $714m for USDC. The dominance of the different stablecoins has remained roughly the same throughout the quarter with USDT and BUSD competing for the top place, followed by a USDC.

The chart above shows a breakdown of the Smart money addresses that are active on the BNB Chain as a proportion of the segments in Ethereum addresses. They have been categorized based on the type of smart money. If you are not yet familiar or need a refresher on what the different labels mean, please follow this link here for the specific definitions. The majority of the smart money segments fall under stakers or liquidity providers, this can be explained by the high APYs available on the chain for such activities. It is then followed by NFT segments given the high growth of NFT activity on the chain lately. Funds are a smaller segment with 17.5% overlap.

Binance Smart Chain’s rebrand to BNB Chain, short for ‘Build and Build’ Chain, combined with its $1bn ecosystem fund is a strong message of its ambition to become a leading smart contract platform. The most used chain by daily transactions, BNB Chain’s activity has generally mimicked that of the overall market in Q1 - with a general decrease in activity. However, the BNB Chain ecosystem fund has been highly active investing in new projects to build out the ecosystem further.  We are excited to see what Q2 brings for BNB Chain, with the BNB Beacon Chain Mainnet Descartes upgrade already announced.