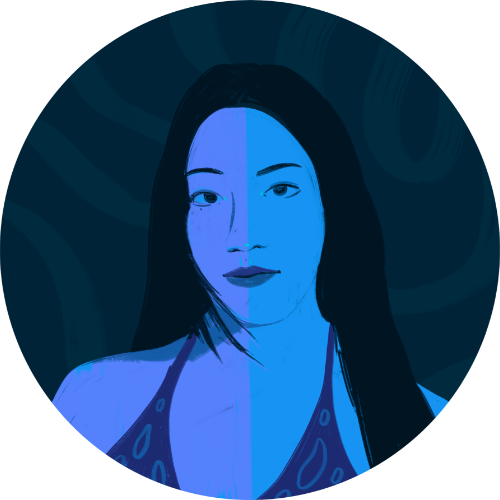 This report provides an overview of Ronin's ecosystem and performance of the chain via on-chain metrics.

Ronin is an Ethereum sidechain built specifically for the Axie ecosystem. It was created to fuel the play-to-earn revolution and has then become a key player in the crypto gaming space. The network powers the entire Axie Infinity ecosystem, facilitating transactions and holding its assets - Axies, Land, SLP, AXS, Wrapped ETH (wETH).

Axie Infinity’s team recently announced their highly anticipated Origin release date, which is set to launch at the end of Q1. As far as we know, the game mechanics will make it so that Axie holders are able to utilize their current Axies in Origin, and get access to special features. The team has also leaked a new feature added to the gaming ecosystem.

The team has launched new mouth cards that are categorized under four labels and also announced that the cards are dynamic and will change over time in relative power. We believe that the launch of Axie’s Origin (Battle v3) will contribute to the overall success of the ecosystem.

A sidechain is a separate blockchain that runs in parallel to the Ethereum network and operates independently. It has its own consensus algorithm and is connected to Mainnet by a two-way bridge.

Sidechains work as it supports general computation and is EVM compatible, however, sidechains are less decentralized and use a separate consensus mechanism. What this means is that it is that a quorum of sidechain validators can also commit fraud. Since the sidechains are independent, if hacked or compromised, the damage will be contained within that chain and will not affect the main chain.

Since Ronin was made to be a gaming-specific layer one (L1) focused on onboarding gaming studios and bringing together a collective group of gamers, one of the main advantages of building a dedicated sidechain is its near-instant transactions and nominal fees, allowing millions of in-game microtransactions.

Axie Infinity surged in popularity last year but has seen declining transaction volumes. Moreover, their NFT sales volume also significantly declined since the peak. Although the overall volume has declined since the peak, Axie Infinity has a sizeable roadmap ahead, with their upcoming Origin launch. The gameplay will feature NFT land plots, free “starter Axies” for onboarding purposes, and plenty of other incentives to address the current limitations of the game.

On March 23 2022, the Ronin Bridge was exploited, with the loss of 173,600 ETH (worth around $590M at current prices) and 25.5M worth of USDC. It was said that around 5 out of 9 validators were attacked and controlled during the incident. The main purpose of validators is to create transaction blocks and update data oracles.

Although the exploit happened on March 23 2022, the team only discovered the breach on March 29 2022, after a user failed to withdraw funds from the Ronin Bridge.

Comparing the number of validators

The Ronin network consists of 9 validators to reach a consensus on transactions. This means that when a user makes a request to withdraw or deposit, at least 5 out of the 9 nodes will need to verify the transaction. If someone is able to control the majority of the nodes, they can essentially approve “fake” transactions.

During the recent exploit, the attacker managed to get control of 4 validators run by Sky Mavis, and one validator run by AxieDAO. What is needed to control the validators is access to each of the validator’s private keys.

As the attacker managed to get into the Sky Mavis systems, they were able to sign transactions using the trusted connection that was set up with AxieDAO - allowing the attacker to control 5 nodes.

Link to the official team announcement and action on the next steps: Here

The daily revenues on Ronin in USD have been seeing a gradual decline since its peak in August (at almost ~17M USD).

At the time of writing, the daily revenues are as low as 50k USD per day. Diving deeper into the main sources of revenue, it is clear that their main revenue stream is generated from breeding fees & marketplace fees.

To start, let’s break down some core Axie economic concepts:

The goal of the breeding fee adjustment is precisely to manage inflation of in-game resources to increase stability. The team trusts that the adjustment of breeding fees can help to balance SLP burning, Axie supply growth, and incentives for both breeders and players.

The introduction of Ronin evidently brought in a new wave of demand, due to its virtually zero transaction fees. The game became appreciably less expensive and they were able to onboard new gamers into the field. Once Axie lived on Ronin, players no longer had to spend on gas fees for every transaction and lose a large portion to miners for logging breeding activity on-chain. This helped to dramatically reduce the barriers to entry and made it more affordable for new players to enter.

Katana is a decentralized exchange built on top of Ronin. Currently, the available tokens on Katana are ETH, AXS, SLP, USDC, and RON.

Some benefits of using Katana include:

When the Ronin Dex Katana launched on 4 Nov 2021, we saw a dramatic increase of SLP Mints of 1.2B, from 300M on 3 Nov itself. The surge of SLP mints was a key result of the introduction of Katana, which makes it more economical for users. Moreover, the DEX also reduces Axie’s reliance on other parties by becoming the largest exchange for their ecosystem’s tokens and helps to increase liquidity for assets - essentially making it a seamless process for users to exchange the tokens.

To add further, SLP is a utility token/ potion in the Axie ecosystem, which is used to breed Axies. Ideally, the daily amount of SLP created through play and burned through breeding would be close to balanced. This can help with the supply and demand side of the economy. With the increasing growth of the Ronin ecosystem, we can observe that the amount of SLP burned can sometimes exceed the amount minted. Why? This happens when there is a greater overall demand from outsiders who are interested in the ecosystem but are not actively playing the game. Currently, we are seeing a disproportionate ratio of SLP mints/burns. Although the SLP mint in the past few months has greatly decreased overall, the SLP mints are far exceeding the SLP burns. This signifies that although participants are still minting consistently, users are not exactly breeding their Axies (as this would be evident through the SLP burns if it was the case). With this in mind, people are typically incentivized to burn SLP if they can reap additional money/ rewards.

Jiho mentioned a few factors that can help address the disproportion of SLP mint/ burn ratio:

Based on their whitepaper, they mentioned a few key milestones that they are aiming to achieve in the next quarter:

Overall, there have been some interesting developments in the Ronin chain and Axie ecosystem, and it has opened up many opportunities for play-to-earn games.

With the recent bridge exploit and uncertainty caused by the Ronin Bridge, the team has been working with the Sky Mavis board and key cybersecurity personnel to get a complete overview of the situation. This incident has sparked plenty of questions regarding cross-chain bridges and their vulnerability.

While the incident is still far from being solved, it will be interesting to watch how the situation unfolds. Given the upcoming launch of Axie Origin, this will most likely act as a catalyst for the Axie Ecosystem overall.

Join our Discord and get exclusive strategies