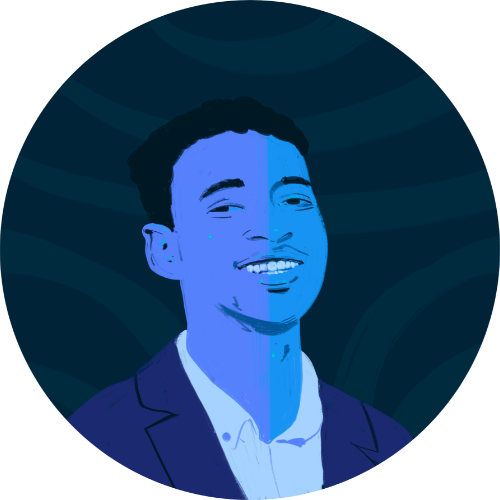 This report provides an overview of Fantom's ecosystem and performance of the chain via on-chain metrics.

Fantom is an EVM-compatible smart contract blockchain platform with a unique consensus mechanism called Lachesis. Lachesis is an asynchronous consensus mechanism that is designed to achieve fast finality due to smaller communication overhead compared to other consensus mechanisms like synchronous BFT. Thanks to fast transactions and low fees, Fantom has a thriving ecosystem of dApps ranging from native protocols like leveraged yield farming protocol Tarot and Balancer fork Beethoven X, to DeFi blue chips such as Yearn Finance.

Both of these are important for the network but are unlikely to pass this quarter. The outcome of the proposals will be something to watch out for in Q2.

As can be seen in the Nansen Data, both transactions and gas have been volatile in Q1 2022. This makes sense, as the data coincides with the Solidly mania in which an influx of transactions caused gas fees to rise. Fantom is currently working on ways to make the network more scalable to better deal with these periods of hyperactivity.

As can be seen, gas paid on Fantom is drastically lower than that of Ethereum. Typical gas fees on Fantom are less than a dollar - and the platform’s cheap and fast transactions have helped make it a popular DeFi hub with a strong core community. Note that these cheap gas fees are in part enabled by a far lower validator count. Note the extreme volatility in daily gas paid in Q1 2022. This can be attributed to the enormous increase in activity during the build-up to and launch of Solidly.

As can be seen, contract deployments increased substantially on Fantom over Q1. The very large spike in late February can be attributed to the Solidly mania. Overall, contract deployments fell towards the end of the quarter, but remained at higher levels than much of 2021 which is a positive sign for the Fantom Foundation and something that they will be looking to build on in Q2.

A positive metric is that Fantom has managed to maintain a high number of daily active addresses. Although these have inevitably declined from the mid-quarter highs of Solidly mania, the chain has achieved a consistently high user base. This is something that the Fantom Foundation will seek to maintain and grow in the coming quarter.

By further analyzing the Daily Active Senders for the different stablecoins, it can be seen that USDC is the highest-circulating stablecoin by far, followed by DAI and USDT. All three stablecoins had an increased daily user base since the beginning of the year. USDC was the biggest winner, however, as it saw its daily active senders quadruple to around 17k  by late January (its peak).  This didn’t last long, however, two months after the peak, the numbers have decreased to around 7k daily active senders. The other two stablecoins also experienced the same fall during the same time. This again reinforces the idea that a significant number of users have left the network, as the hype for the project has cooled down.

The chart above shows a breakdown of the Smart Money addresses that are active on Fantom. They have been categorized based on the type of Smart Money. If you are not yet familiar with or need a refresher on what the different labels mean, please follow this link here for the specific definitions. It can be seen from the chart that the type of Smart Money attracted by Fantom falls predominantly under First Mover Stakers and First Mover LPs, these are the fastest addresses to enter staking and liquidity pools respectively. Interestingly, Smart Money representing funds are not very dominant in Fantom. Additionally, Smart Money associated with NFTs ( e.g. Smart Minter, Smart NFT early adopter) are also less active on the network. This is understandable, however, as the NFT ecosystem on Fantom is not as developed as the one on Ethereum.

The graph above shows the transactions per day for the Fantom Multichain bridge. It can be seen that there has been a significant uptick in activity starting from mid-January. This was around the same time Cronje released some key features about Solidly. The peak of the activity happened on the 22nd of January when 2404 transactions were sent on the day. Ever since then, the amount of transactions sent per day has been gradually coming down, stabilizing at around 250 transactions a day for the last few days.

The data shows a general increase in TVL in the Fantom ecosystem in Q1. There was significant volatility over this period due to the Solidly mania. However, overall TVL has grown which is a positive sign for the ecosystem.

As a whole, Fantom has had a positive Q1. Tangible progress was made on a number of fronts, and despite the influx of mercenary liquidity around the time of the Solidly launch, TVL has grown over the quarter. Fantom will be looking to continue building on this progress going into Q2. Fantom’s revamped incentive scheme is positive, as it will enable a wider range of projects to receive grants. The previous incentive scheme favored DeFi projects - which has contributed to Fantom becoming one of the most active DeFi hubs in crypto. It will be exciting to see if Fantom can cultivate other ecosystems with this new incentive fund. Finally, it will be particularly interesting to see what progress is made at the protocol level, as the team continues building out the Fantom Virtual Machine.

Join our Discord and get exclusive strategies